How I Got Here

My name is Alesha Monteiro; my husband, Anthony Monteiro has served over 20 years in prison for a crime that he was convicted of as a youth. My passion for upholding the rights of the incarcerated come from my close and personal experiences with the prison industrial complex and understanding all too well the devastating effects it has on people, particularly and specifically, black and brown people.

I have witnessed the very real phenomenon of prison turning actual victims into criminals, the propaganda used to control the public’s 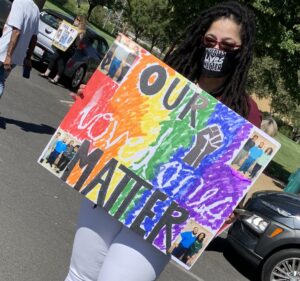 perception and the continued oppression of the already oppressed.

The affect that this very flawed system has had on my family, the pain caused to my children and the isolation felt as a spouse of an incarcerated man have caused a visceral and palpable shift in my moral compass.

I could no longer sit by and do nothing, complaining was not enough; I had to be part of the solution. My passion for the work started with the deep love and pride I have for my husband and very quickly became about the entire incarcerated population. When Covid-19 shut down all of the prison facilities in California and then the entire state, I was already an active member of Essie Justice group and had been since 2018 and I was also an active member of the IFC. When the pandemic struck and I witnessed such indifference on the part of both the Governor and CDCR, I was motivated in a way that I had never been before. I wrote letters, I sent emails, I researched bills. I attended all the Plata vs. Newsom Case Management conferences and attended the senator oversight meeting via Zoom. It was during the July 16th Case Management conference that I took the next step; the “facts” as presented in that conference were not facts at all and I knew it and I wanted the judge to know it. Not believing that he would listen to just one little letter, I drafted an email and blasted it out to every connection and resource I knew. I woke up the next morning to find the email all over social media and people actively  searching for and discussing the email so that they could also forward it to Judge Tigar.  My first email zap was a success.

I continued to take to social media and attended protests, I made connections with non-profits and used those connections to get information on lifers that were being released that needed help. I then successfully organized, blasted and collected donations to help those coming home and reached out to journalists if I felt something was missed or not correct in stories they reported. I responded to stories like “The Gap Between the Number of Black and Whites in Prison is Shrinking” By, John Gramlick with Pew Research Center with an email reply.

When I read Eugene Scott’s articles “Four Reasons Coronavirus Is Hitting Black Communities So Hard” in the Washington Post, I sent him an email to let him know that I think the list should actually be “five” reasons rather than just four.

I stayed engaged because I know how duplicitous and evil this system is and I wanted to do everything in my power to be a voice for those inside.

I sought out information anywhere and every way I could so that I could bring it back to the support group that I run for the loved ones of those incarcerated at the California Medical Facility in Vacaville. I even appeared in multiple prison podcast shows of both “Ear Hustle” and “Uncuffed” and started to help the editor seek out loved ones of the incarcerated to appear on multiple episodes; I know how cathartic it was for me doing those episodes and wanted to help others achieve the same. I have stayed close to this issue from every angle and I do not intend to change that. My involvement in social justice extends past incarcerated lives, to all marginalized lives. I try to stay connected to the people of disenfranchised communities at all times so, when Senator Scott Wiener’s SB-145 bill passed and I witnessed people in my own community not understanding the bill, I took to my keyboard again and made a post on social medial and quickly copied and pasted that post to all groups I belong to and then soon after had a conversation with the Senator about it.  I am only getting more and more comfortable in this world and I know my voice is powerful. My immediate goal is to procure a job in advocacy that will allow me to both help those in need as well as showcase my talent for writing and research. My long-term goal is to eventually open my own non-profit and continue to fight for this cause that I have so much invested in and so much empathy around.

Latest email I sent to the LA times in response to the article – “Tracking the Coronavirus in California State Prisons.” 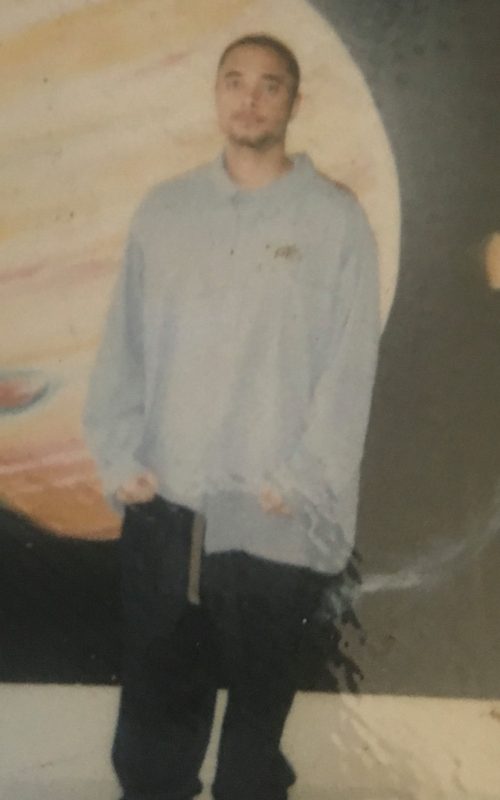 Over 20 between these two pictures –  Anthony has basically grown up in prison.  The first picture was taken when he first entered the system. He hasn’t been this younger version of himself in decades. Like everyone else, he has grown, he has matured, he is not a crime that he committed over 20 years ago, though he has been paying for it for over half of his life now.  A  protective husband, a devoted father, a son, a brother and “family” to so many of us. He is worlds away from little Anthony from all those years ago.

Our prisons are filled with men just like this one, people that pose absolutely no threat and at this point, incarcerations only purpose is purely punitive. 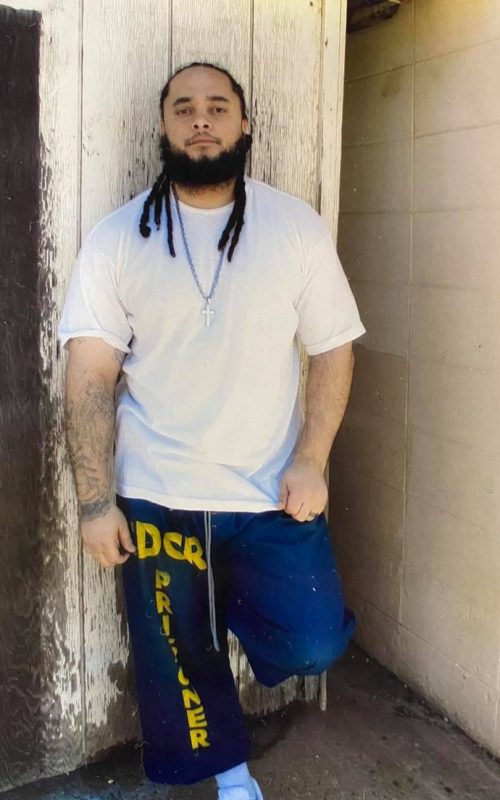 Meet the Monteiro’s – No different than your family really.  A protective father that absolutely adores his children, makes sure they have gifts at Christmas, even if for now that means donations. No different than a lot of dads – he talks with them, councils them, does homework with them, yes homework from a prison cell because nothing, not even a prison sentence is going to ever stop him from being the best dad he can be. Just like most families, the kids know which parent to ask depending on what that ask is. Like most families, we celebrate our kid’s birthdays together, our anniversary and holidays.  Like most families, we hold space for each other and our children when there is a loss and we celebrate each other’s wins.

We are like most families, except – He can only be so protective locked in a cell, donated Christmas presents from Angel Tree every year is amazing but the kids and I would gladly give up the gifts to wake up to him being home on Christmas morning instead.

He helps with discipline, homework, advice and all aspects of parenting but nothing can replace a loving parent in the home with his children to raise them.  He isn’t physically there for birthdays or for holidays.  Where most kids are wondering what their parents got them for their birthday, our kids are making bargains with God to give up their gifts to just have their Dad home.  Considering the obvious destruction of the black family, my husband pushes forward to be the best father possible, under the circumstances.  This is not the face, actions or heart of a bad man.  This is an amazing human that made some bad decisions a very long time ago.  He is loved. He is Missed. He is needed.

He has such a close bond with all our kids as witnessed in this letter from our youngest daughter Jaida, to Governor Newsom asking for her dads release. She is the next little activist in training, already studying on her own, how to write bills and change laws in hopes of bringing the only father she has ever known, home where he belongs.

So many amazing fathers ready to give back to the community and raise their children that are just not given the chance despite the statistics on recidivism rates in connection with lifers.  It’s time to dismantle this system brick by brick until all our babies’ fathers are back home. 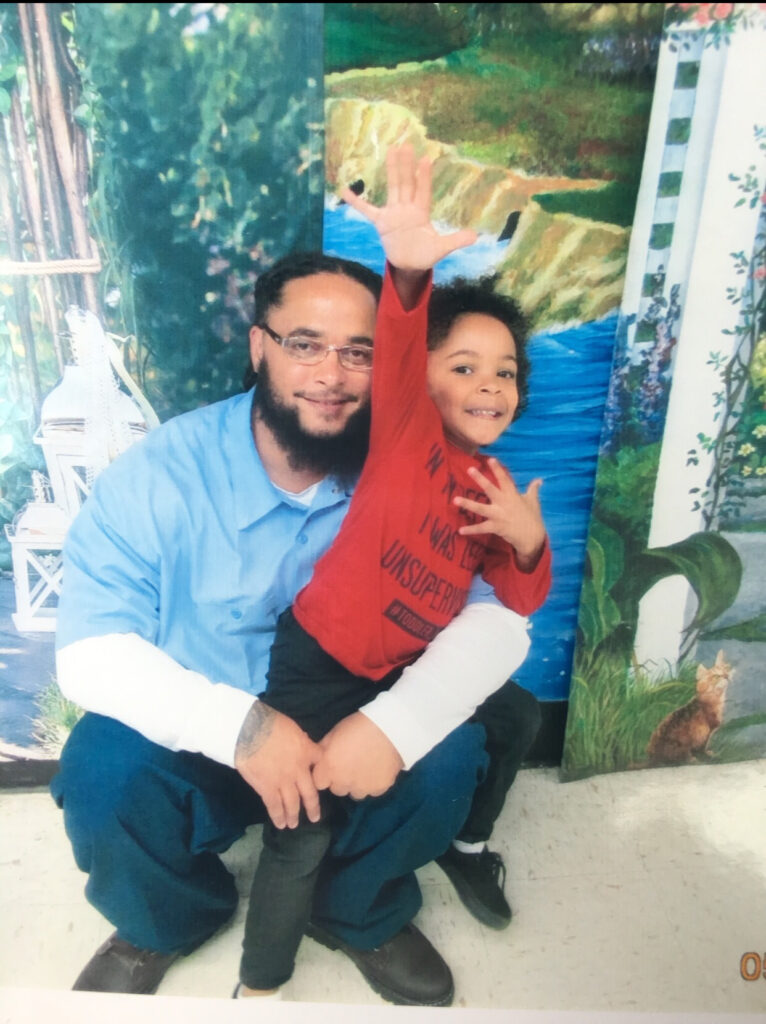 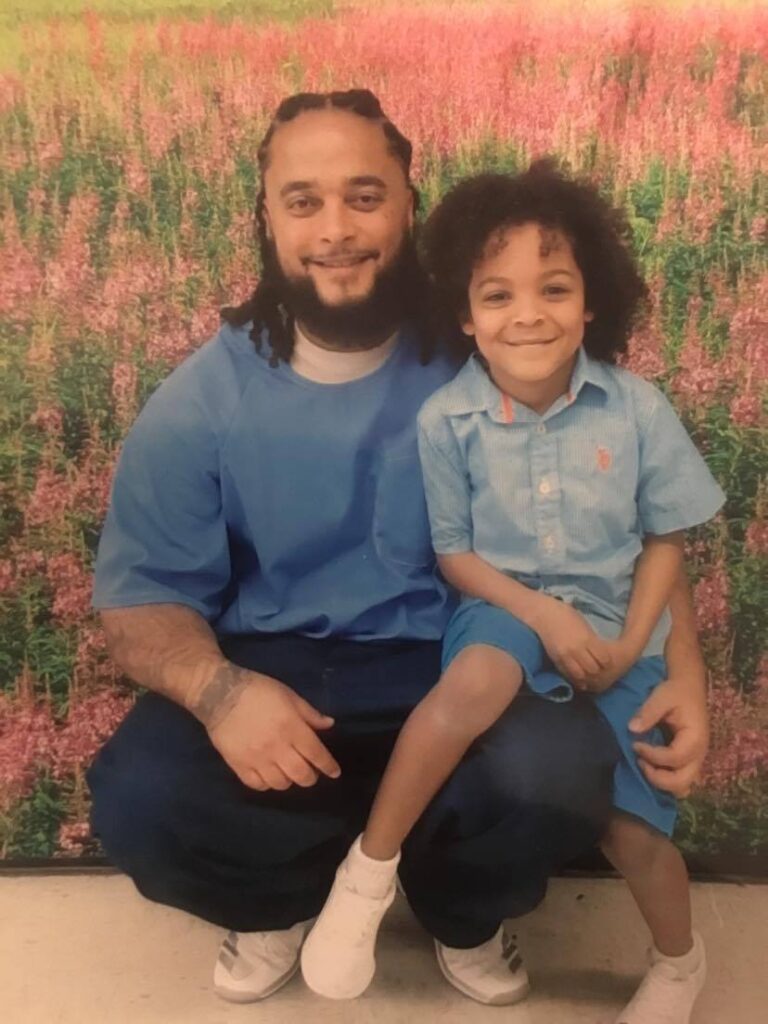 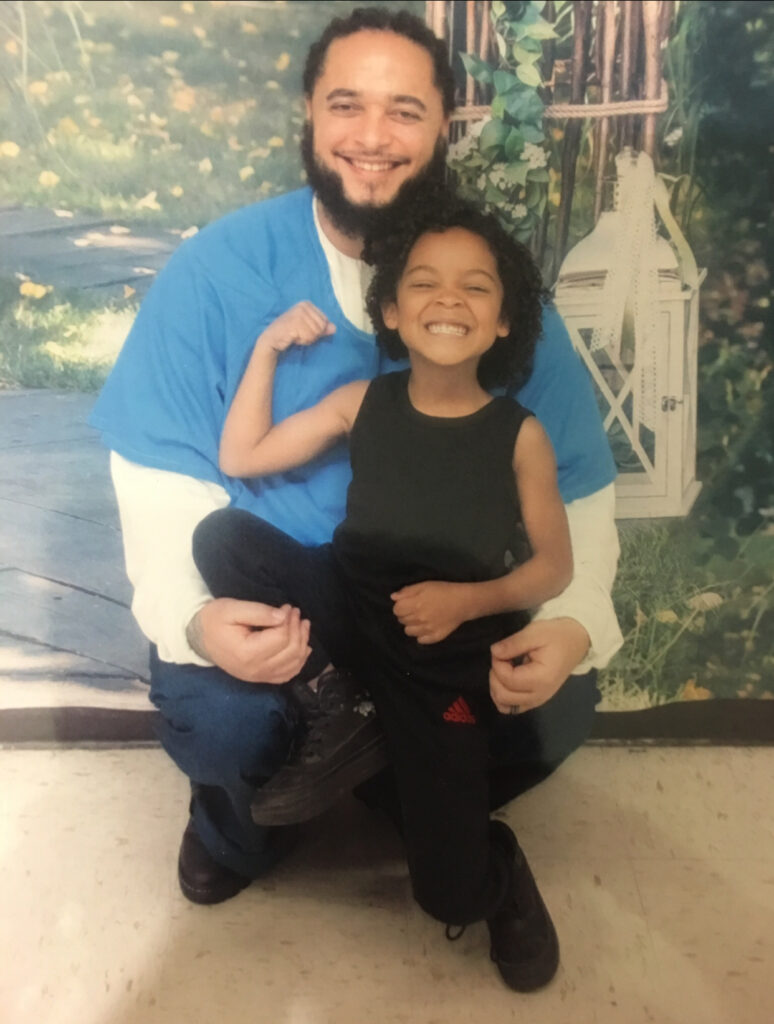 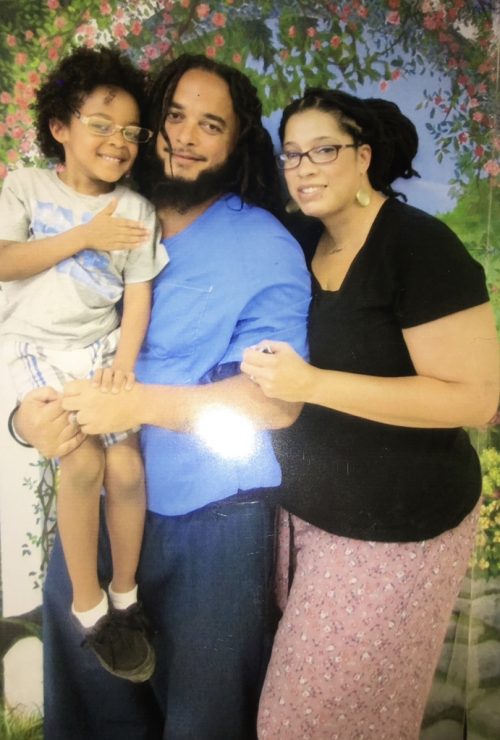 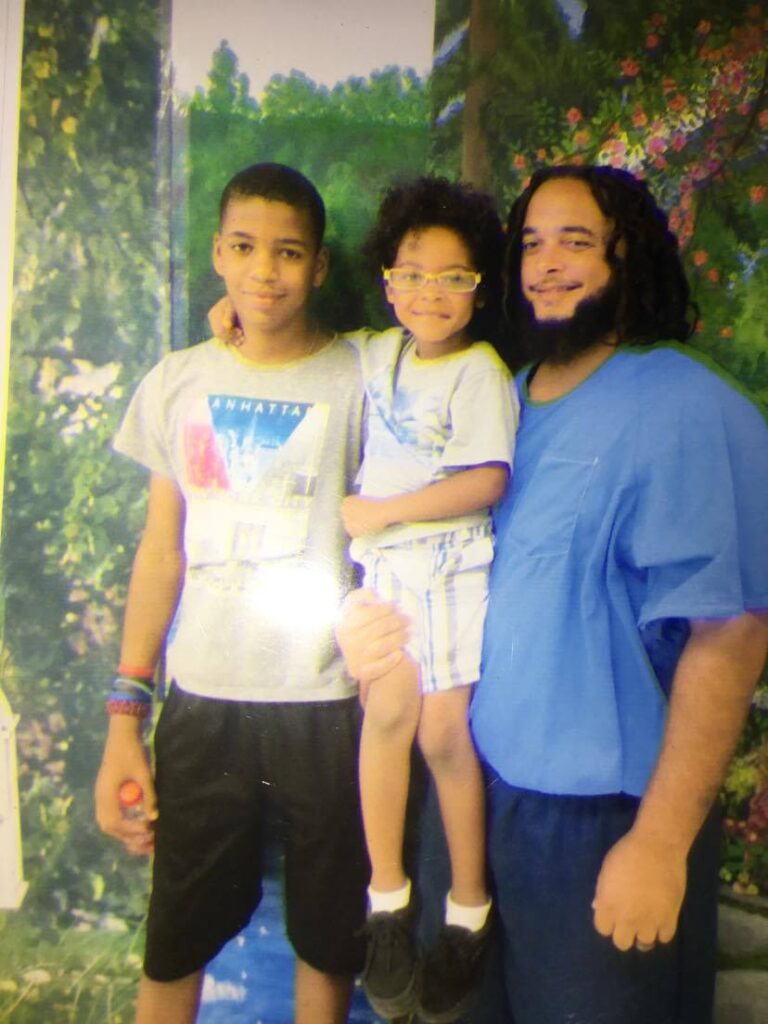 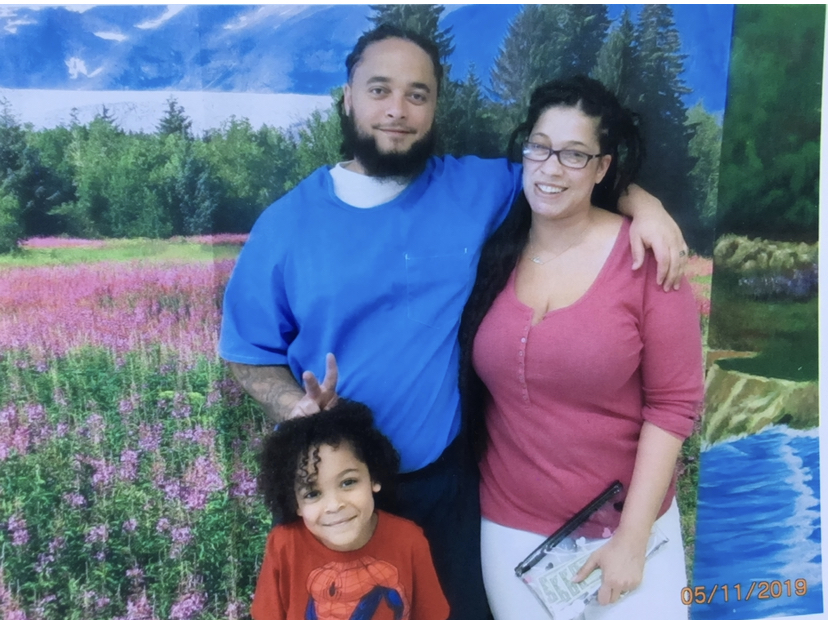 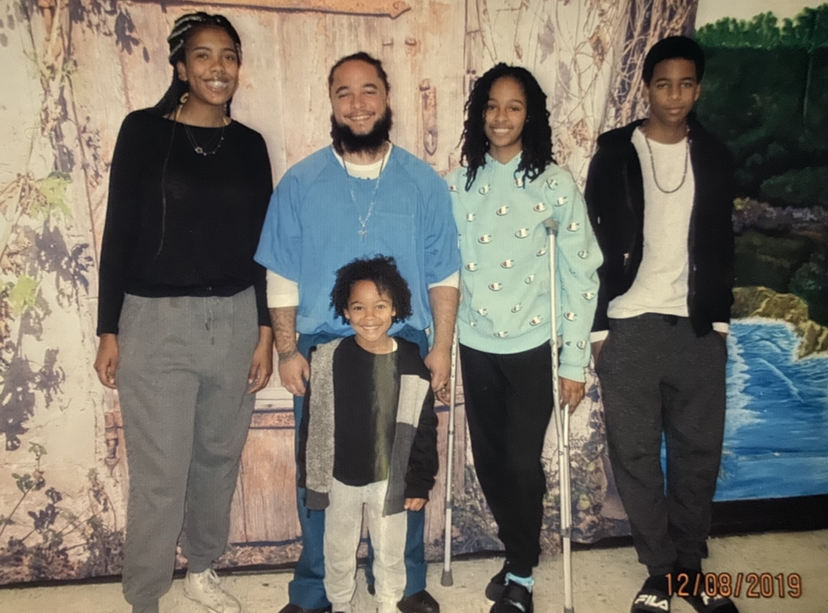 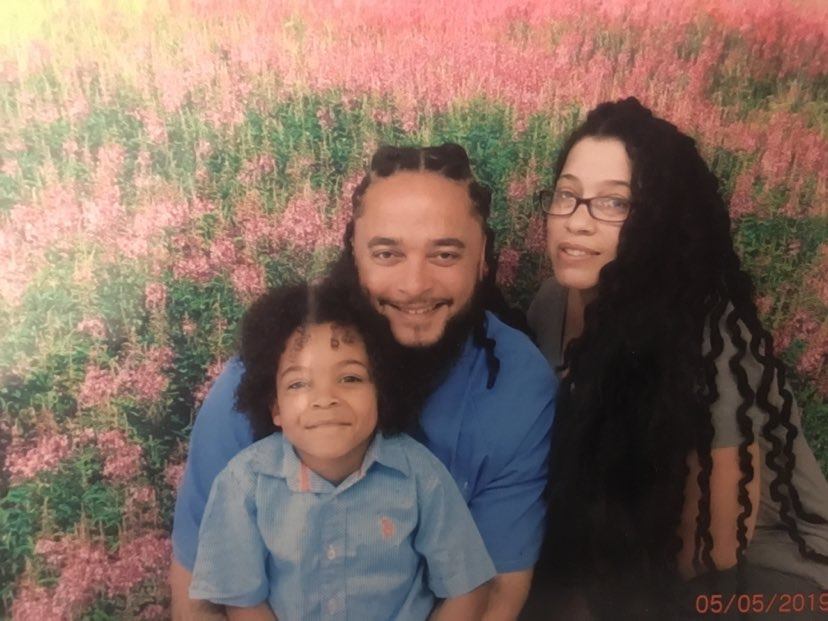 Every picture my kids have ever taken with their Dad, every visit, every call – all from inside a prison. Our youngest is 7 years old and is very used to prison visits with his Dad yet still cries at the end of most of them and usually tries to bargain with Anthony about coming home with us as if he has a choice. It’s not okay that we are used to this life, but we will never give up, walk away or lose faith. It may be that the system doesn’t see his heart, but we do.